I’m going to be honest – this is not worth reading.

Dincton Flatt shuffled ponderously down Bendstrom avenue, eyes darting suspiciously at everyone he passed by.

“It’s far too small a day for bacon,” he muttered.

“I wouldn’t know,” said Featherby, trotting alongside him.  And he wouldn’t, for in addition to being a coyote, he was a robot, and could not eat bacon in the slightest.

Flatt stopped a short, round man coming from the opposite direction, placing his hands to his shoulders and leering into his beady eyes.  “You.”

“Me?” the man sputtered.

“Yes, you.  The very one I am accosting.  How long have you had that hat?”

The man reached up and grabbed at his driving cap.  “This one?”

“And how long have you been wearing it?”

“All day – what is the meaning of this?”

Flatt sighed and released him, waving him off.  The man gave a distrustful glance, but went on his way.

“Sir,” offered Featherby, “perhaps you shouldn’t be attempting to track down our hatleaver on an empty stomach.”

Flatt wiped a hand down his face.  “Yes, I suppose you’re right.  But what could possibly satisfy my hunger for justice?”

“There’s a newspaper-and-taco stand just over there.”

“Why on Earth is there a newspaper-and-taco stand on Bendstrom?”

“A question for the ages, sir.”

“Never mind.  It’ll do in a pinch.”  Flatt made his way over to the stand and got the attention of its attendant – an oily teenager with lank brown hair in his eyes (which could only serve to obscure his taco-related perceptive capabilities).

“Good afternoon, sir,” said the vendor.  “Would you like a taco?”

“As it happens, I would.”  Flatt looked the boy up and down.  “I see you’re not wearing a hat.”  He narrowed his eyes.  “Have you murdered anyone lately?”

The vendor got to work on the taco.  “I don’t think so.  I’m not really one for murderin’.  Mum would be none too pleased with that.”

Something on the front of the day’s paper caught Flatt’s attention, and he snatched up a copy.  Depicted in the side column was an all-too-familiar face.

Featherby nosed at another copy.  “What do you imagine he is doing back in Danesbury?”

“Likely the story written about him in the very paper you’re holding, sir.”

“There’s no time for that, Featherby!”  He slammed the paper back into the stand, and in the following moment, was handed a fresh, sizzling taco.

It smelled appetizing enough, but as he tested it out in his hand, he noticed an unusually generous heft.

“This taco is rather heavy, isn’t it?  Is the shell made of solid gold?”

The vendor shrugged.  “I think that would be cost-prohibitive, sir.”

“Maybe if the cow was shot to death.”  The boy fired off a pair of finger-guns.

Flatt bit into the taco.  The flavor was loud, and it hit his gut as though his esophagus were punching him in the stomach. His colon began to rumble, and his eyes reached out in desperation for the nearest establishment with plumbing.  “Pay the man, Featherby.”  He began to backpedal.

“Sir?  You have given me no funding.”

Flatt turned and broke out into a sprint, calling back, “Oh, Featherby, why did I build you?” 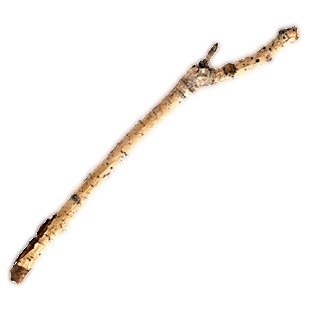 Once upon a time, there was a stick in the road that nobody liked.

“I very much dislike this stick,” muttered John.

“And who are you to make such a proclamation?” asked Lydia.

“I was hoping you’d say that,” John sighed.

“It is a rather awful stick, isn’t it?”  Lydia crossed her arms and stared distrustfully at the little piece of wood lying in the middle of the street, doing no one any good at all.

“Quite so.  If I had to guess, I’d say it’s worse than the half-eaten sandwich my employer threw at me in a fit of anger earlier this morning.”

“That does sound dreadful.”

John put a hand on Lydia’s arm, appreciating the sympathy.  “What would you say should be done about the stick?  We could give it to a dog, I suppose.  Or put it in a museum.”

Lydia shook her head.  “I think that would be a disservice to both dog-kind and society as a whole.  No, I think it must simply be done away with.”

“But how?”  John frowned, shifting awkwardly as he let the thing re-enter his field of vision.  “How does one get rid of such an unpleasant stick?”

“I have a pistol at home,” Lydia offered.  “Perhaps we could shoot it?”

Collin strolled by the two, sneering at the road as he passed.  “Lousy, good-for-nothing stick.”

“Who was that?” whispered Lydia.

“I think it was Collin,” John decided.

A small yellow vehicle pulled up to the stick, paused, then reversed and backed up the way it came.

“Whatever it is,” Lydia insisted, “something must be done.”

“You’re right.”  John swallowed, tugging nervously at his collar, then stepped out into the street and approached the stick.

John picked up the stick and tossed it into the brush on the other side of the road, then returned to Lydia’s side.

“Oh, thank heaven,” a woman in front of a flower shop called as a portly man down the sidewalk said, “About time,” and a few other onlookers submitted their chorus of relief.

“Well done, John,” Lydia beamed.  “I dare say that stick won’t be bothering anyone any longer.”

“It was truly a despicable thing,” John agreed.

“Do you think we ought to be married, now?”

John nodded gravely, gazing off into the horizon.  “I believe so, yes.”

They linked arms and walked off down the street, and no one knows what became of them, as they were not very important.

My brother is a silly person.  Perhaps we are related.

Dealing with vine videos on a computer is awkward.

A bottle of anger,
Bottle of stew.
A bottle for me
And a bottle for you.

A bottle of danger,
Bottle of joy.
A bottle to keep,
And then one to destroy.

A bottle of stranger,
Bottle of friend.
A bottle to start
And a bottle to end.

A bottle of languor,
Bottle of time.
And an elephant.
You can’t put everything in a bottle.

They don’t let you have bees in here

There was once a dispassionate bee who flew lazily through the loftiest neighborhood in town in a desperate search of a means to occupy its time.

So it was that when it came upon a tall green townhouse with a cracked-open window, it flew straight in and spied a lone man sitting at his desk.

The bee buzzed quietly, or perhaps quite loudly, up to the man.

“I think I shall sting you,” said the bee, for that sounded rather entertaining.

The man looked over his shoulder, a bored and plastic expression commandeering his countenance, and said, “But then you will die.”  He looked back to his work without another word.

The bee thought about this for a moment.  “Then I shall not sting you.”

The mad nodded without looking back.

The bee, however, with little better to do, buzzed up to the shelves above the man’s desk.  There, it discovered a jar of sugar sitting betwixt a dusty pair of ponderous textbooks.  This was just the sort of thing the bee needed.

Buzzing first in contemplative circles around the jar, the bee then rammed the container until it toppled over, hurtling off the shelf and shattering upon the man’s head, dousing him fully in the grainy white substance.

The man frowned extensively and sat motionless for one hour and one half of one hour.  Finally, he said, “I should have sooner you stung me.  Not because it would have been less unpleasant than being covered in my favorite sugar – for surely it would have not – but because you would have then died, and at this point in time that would please me.”

“However,” replied the bee, “bees cannot speak,” and it flew away forthwith. 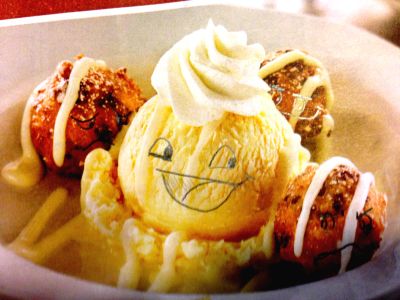 It’s getting warm out there.