While putting the finishing touches on The Amber Ring these last couple weeks, I figured I’d also better throw together a full synopsis for it.

Synopses are kind of a drag.

Not because they’re hard to write – I’ve had more than my fair share of practice summarizing.  It’s because they’re not always easy to keep exciting.  Maintaining something of the flavor and tone of your work while drying it up to its basic elements can be a frustrating task.  I’m certain there are numerous others who can give better advice on the subject than I can, but since I’m here, and so, ostensibly, are you, I’ll go over some of the things I like to keep in mind.

There’s no real easy, short-cut way to approach the whole process, but here are a few points to ponder:

Ultimately, a synopsis just serves as a quick overview of a story’s plot to ensure that it’s coherent, original, and interesting.  It doesn’t have to be as brilliantly executed as the manuscript, but anything you can do within its limits to show off the promise of your work will surely be a point in your favor. 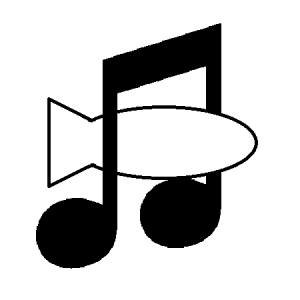 Here is a brief little piece I wrote earlier this week for the piano, cello, and clarinet.

Just…because?  Yes.  That must surely be why.  Have a good week, all!

So the other day at my sister’s place, while scrolling through Netflix in search of something ridiculous to watch, we stumble upon this curious item: 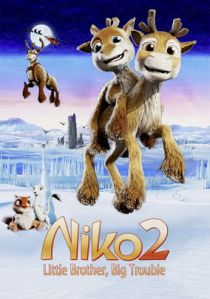 We initially click on it because we think we’re looking at a two-headed reindeer (alas, it was only a small reindeer being ridden by a smaller reindeer).  But then.  But then!  We read the description:

On Christmas Eve, young reindeer Niko’s world seems shattered after his mother remarries and he’s blamed when his new stepbrother is kidnapped.

I don’t even…  Reindeer drama?  What?  How could we not watch this?

Anyway, it gets better.

It turns out that the eponymous Niko can fly because his real dad is Prancer.  Prancer.  Do you get what that means?  One of Santa’s magical caribou couldn’t make his reindeer marriage work, and is now an every-other-weekend dad.  I can’t get over how starkly…modern that notion is given the context of a kids’ Christmas story about flying reindeer.  And the giant “2” on the cover tells us there was a movie before this one – was it about little Niko suffering through his parents’ (one of whom, once again, is Prancer!) messy reindeer divorce?  I like to imagine so.

The movie begins with Niko returning home from a visit with his dad to find that his mother has shacked up with her new cari-beau (…O.K., that was awful).  If that weren’t enough to dump in a kid’s lap overnight, the new guy has a younger son of his own, and mom is already pregnant with another.  Yet this isn’t even a wicked stepparent thing – the stepdad is a really nice guy.  Am I seriously watching a mature portrayal of split-family dynamics in a reindeer cartoon?

Niko himself is grudgingly adorable (even with his strangely reptilian nose).  You’d think, being the only flying reindeer in his herd, that he’d be a typical acceptance-craving misfit protagonist.  But, no.  Enjoying solitude, he envies the life of a hermit he meets, and actually utters, in chipper earnest, “I wish that nobody knew I existed.”  Yikes!

The central conflict is mostly forgettable (aside from its own strangeness), involving a wolf who for some reason lives in a high mountain cavern with a bunch of eagles who for some reason carry her around and are her devout servants.  This wolf, we learn, wants revenge on Niko for apparently having killed her brother in the first film (I presume as a way to lash out against his parents’ split-up).

The film is Finnish, and while the visuals were expectedly not on par with the Pixar/Dreamworks standard, I’d place them only one tier down.  There was some interesting detail (the reindeer, while still hyper-cute-ified, looked more like actual caribou than any other animated reindeer I can think of), the wingless flight physics were oddly amusing, and the mouth-sync looked to be re-rendered for the English dub.  No one could seem to agree on how to pronounce the names, though.

I’m not sure where I’m going with all this; I suppose I just enjoy incredulity.  So should you watch this thing?  I don’t know.  But yes, you probably should.

I’ll leave you with five more things you should know about Niko 2:

A while back, I talked a bit about what you might consider when naming characters, and today I thought I would follow up by expounding specifically on the topic of pulling words out of your—well, making them up.

When concocting names for characters, places, or objects, we tend to favor certain sounds.  Where we gravitate is mostly informed by the language(s) we speak, and what we’ve come to associate with pre-established words and names.  Certain phonemes build specific impressions in our minds, and we rely on this context to put together fitting verbal symbols for whatever we’re assigning them to.  Whether or not this is typically done on a conscious level, identifying and mapping out your preferences (both general and circumstantial) can be a useful endeavor.

For instance, my general letter palette would look like this:

The first column represents what I feel are the most benign letters, and I use them fairly indiscriminately.  The second contains letters that I like at certain times, but aren’t as ubiquitously usable.  The third holds the letters that I tend to avoid.  When my intent is to give a name a rough or unpleasant edge, however, these preferences easily operate in reverse.  The initial and terminal letters of the word will be particularly prone to these guidelines.

Now, this chart is pretty simplistic, containing only letters from the English Roman alphabet and not taking digraphs into account, but you get the idea.  I’m calling it a letter palette (as opposed to a simply phonetic one) because visual aesthetics are also a consideration – sounds can often be written a number of ways, and their appeal can be tweaked as such.

Making a general purpose palette for yourself can be an enlightening exercise, but they become particularly handy when tailored for specific sets.  If, for your story, you need to create a distinct culture with its associated terminology and members’ names, planning out a letter palette for it can help you quicken the process while maintaining a consistent feel.

So, do you find yourself with particular letter preferences?  Could you define your own general palette?