There was a bird.  It turns out it was a sparrow, let’s say.  It was a terribly grumpy sparrow, which, as you might imagine, made it a very bothersome creature.

It flew around the forest, day after day, looking for sugar and saying unkind things about the other animals in its passive-aggressive manner.  It was rude as well as grumpy, it seems.

One day, the sparrow landed next to an incredibly stupid frog.

“No,” replied the sparrow.  “I am not a fox, you incredibly stupid frog.  I am a bird, of which a fox is clearly not a type.”

“Oh,” said the frog with a thunderous ribbit, then hopped around in circles.

The sparrow fluttered its wings and chirped in irritation.  “Look – I realize that you are incredibly stupid, but do you know where I might find some sugar?”

The frog jostled and regarded the sparrow with a distant, wavering look reminiscent of the way a tree might gaze upon the sky – which is to say, stupidly.  “Is sugar the black things that fly around and I eat them?” burbled the stupid frog.

“Not,” spat the sparrow, “in the slightest.”  It was at that very moment – or perhaps the moment immediately thereafter – that the sparrow murdered the frog, which was, one must agree, a gross overreaction.  But the sparrow was quite grumpy, you might recall.

Thereafter, the sparrow flew around some more until it came upon a fox and alighted on a branch overhead.

“Is clearly not a type.  Precisely.”

The fox tilted her head.  “Say, sparrow, now that we are speaking, would you mind coming down closer so that we may chat more amicably?”

“Of course not,” huffed the sparrow.

“Whyever not?” asked the fox, licking her chops.

“Because you mean to eat me up.  I am grumpy, not stupid.  The frog – now, the frog was stupid.  Though I do believe I murdered him.”

“Only in that he was not made of sugar.”  The sparrow squawked and fluttered off, fed up with another tiresome day.

The fourth volume of Shauna Scheets‘s Steampunk Serials is now available for purchase!

You can pick up a digital copy of it and the three preceding issues for 99¢ each at Amazon and other eBook retailers.

After bringing you something profoundly hipster last week, I figure it’s only fair to jump to the other end of the spectrum and show you one of the most redneck things I’ve ever seen.

I give you a baseball cap.  Advertising Ford.  With a bottle opener.

(Would it surprise you to learn that I found this at Wal*Mart?) 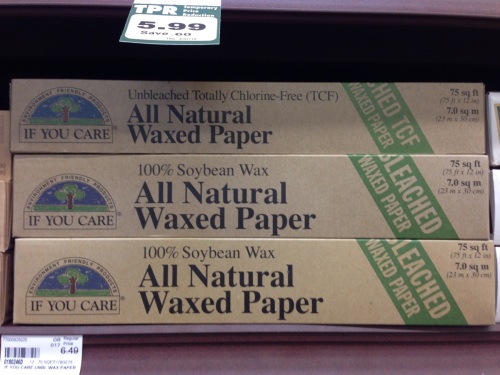 Don’t get me wrong – I think recycled products are great – but this tickled me as what has to be the most hipster brand name I’ve ever seen.  Can’t you just hear the faux-dismissive judgement dripping off of it?

“It’s best to buy this brand of wax paper.  You know,” – a shrug, a look to the side, eyebrow arching, lip turning up ever-so-slightly in simultaneous disdain and self-satisfaction – “if you care.”