What three words could unambiguously identify where you are right now?  A question you probably didn’t ask, but was nevertheless answered by U.K.-based organization what3words in their efforts to create a universal addressing system for the world.

They’ve divided the planet into a grid of nine-square-meter (3×3) segments and given each and every one a globally unique sequence of three common words – the fact that that’s even possible just goes to show how vast the permutations of language are.  (>^-‘)>

It sounds a little silly at first, but the more you think about it, the more useful you realize it could be. Most of the world – including much of it where people actually live – has no address, no way to positionally identify a given location beyond longitude and latitude, and to reach this level of precision with coordinates, you’d generally need to get down to the hundred-thousandth of a degree.  A sequence of three words is a lot easier to remember and convey than a series of fourteen digits.  It’s even simpler than a lot of conventional addresses – what’s more efficient to get across, slinky.little.fox or 2301 NE 32nd St. Bldg #102?  Plus, how much more fun is it to say “deliver that pizza to slinky.little.fox“?  (>^-‘)>

There are several disadvantages, however, even aside from the obvious one of adoption.  The sequences are meaningless in isolation, and there’s no relational information built in; if you’re familiar with an area, the street name of a conventional address will at least give you a general idea where something is, but the real slinky.little.fox is not even on the same continent as, say, slinky.little.ferret. The order of the words also matters (slinky.little.fox and little.slinky.fox are entirely different places), but so does the order of numbers, which are still easier to mix up.  Not every sequence flows together nicely as a phrase, but with a grid of this resolution you’ll have several to choose from on a typical plot, and so are likely to find one that’s snappy enough.  Finally, discovering the name of the square you’re in or the location of another given sequence requires the use of a computer or mobile device of some sort, which is not as conducive as it could be to the places where this could be the most beneficial.

Still, it has the potential to be a pretty nifty alternate addressing scheme, especially because it’s already done.  The developer offers a lightweight API to implement into any application, service, or website that deals with locations.  You can get their standalone application for phones and tablets right now (Android | iPhone), or find out where you are right in your browser:

So what say you, fellow word lovers?  Feasibly functional or just flippantly fun?  (>^-‘)>

Ever get an uncontextualized picture message from an unknown number strange enough that you have to respond in kind?

Yeah.  Apparently I do. 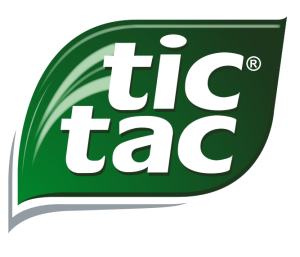 Freshens your breath, so you don’t have to

I’m always slightly, unavoidably offended when companies don’t capitalize their own brand names. Primarily because proper nouns have free rein to eschew orthographic decorum, and their specifics take precedence over propriety.  Which means I also have to write them that way.  Which is wrong.

You’re making me do language wrong, brand.  But that’s on you.  I’m not taking the fall for that.