Time for some more nonsense? 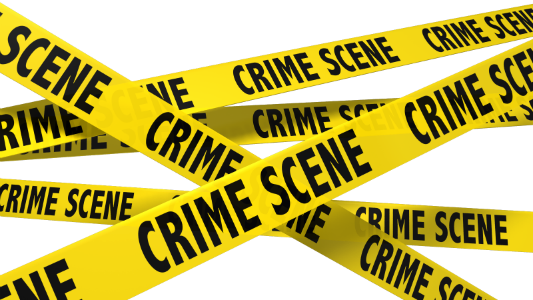 Dincton Flatt strode handsomely through the quaint French doors of 29 Cherry Grove Street, his robot coyote trotting alongside him.  He adjusted his collar and surveyed the scene, expression insisting on his own importance.

“Heaven’s grace, Flatt!” blurted Abberson Watley, one of his top agents.  “It’s been three hours – where on Earth were you?”

“He felt the need to take a detour for a spot of chair shopping,” Featherby offered.

Flatt raised an eyebrow at his coyote.  “A man must see to the needs of his posterior, you’ll agree.”

“Mr. Flatt, I’m glad you could join us at last,” a familiar voice floated in from another room.

Flatt nodded in greeting as the other approached.  “Constable Billiardsman.  What precisely are we looking at?”  Jeborah Billiardsman was one of the more competent officers he had worked with, but his attire sported a preposterous amount of buttons.

“It’s Detective Inspector, Mr. Flatt, as I’ve told you many times.”  He gestured toward the middle-aged woman who lay motionless in the center of the sitting room.  “Hiddia Ribbenstern, forty-three years of age, found at 10:30 this morning with her body cut off.”

“None yet,” Watley sighed.  “Who would commit such a heinous act in such a well-kept and well-priced little chalet?  To so wantonly devalue it is the real crime, if you ask me.  Have you seen the kitchen?  Real marble tops and new, stainless steel appliances.  Solid maple floors throughout.  And such a short distance from the station.”

These last comments were directed toward Billiardsman, who held up a hand.  “I’m not here to house-hunt, Mr. Watley.  Merely to investigate a murder.”

“And on the topic of said murder: how much do you know about the owners, Mr. Flatt?  Why are they selling?  Any financial difficulties?”

“The Hollyrakers?  I don’t believe so.  She’s expecting, and they purchased a larger property last month.”

“One represented by Flatt’s Flats, of course,” Watley added.

“Naturally.”  Flatt smiled at his reflection in the metal clasps of the deceased’s handbag, running a hand over his short, impossibly blond hair.  “No, I doubt they were involved in this.  Perhaps the culprit was incensed by the victim’s fashion.”  He stood up, gesturing to the bowler that lay askew on the floor, a half meter from the woman’s head.  “That bag with that cap?  No, madame, I fear not.”

“Did anyone notice her mobile?” Featherby chimed in.  He had been nosing around the woman’s body, and was fishing the device out from under her frame with a paw.

Watley retrieved the phone and looked through it.  His eyes widened.  “My god!”

Flatt stepped over.  “Watley?”  Watley showed him the screen.  Ms. Ribbenstern had written a note to herself, and Flatt read it aloud for the officer’s sake: “I am not wearing a hat today.”

Billiardsman blinked.  “No hat?  You’re certain?  Then, that means…”

“That our killer must be some–some sort of hatleaver.”  Flatt frowned.  “Watley – call Ms. Franklin and have her cancel my dentist appointment for this afternoon.”

“You do not have a dentist appointment today, sir,” reminded Featherby.

“Ah, yes.  Watley – call Ms. Franklin and have her schedule an appointment with Dr. Clamb for 5:00.”

Watley’s features contorted.  “But, Flatt, we–”

“And then have her cancel it.”

Watley was silent a moment before asking,  “Whyever for?”

“We haven’t the time to indulge in the luxuries of oral hygiene, Watley; we have a murder to solve.”  Flatt turned to Billiardsman, who had scooped up the cap and was turning it over studiously.  “Have that checked for hair and prints, Constable.  Meanwhile, we’ll start looking for anyone who appears to have recently parted ways with a hat.  And committed homicide.”

“Detective Inspector,” the officer sighed.  “And I assure you, Mr. Flatt, that the CID is quite capable of handling this investigation.  You are merely here as a courtesy and character witness–”

“Nonsense, my good man.”  Flatt clapped him on the shoulder.  “I’ll have this dastardly hatleaver brought in forthwith.  And this property will sell in no time at all.”  He turned and beckoned to Watley and Featherby.  “Come, gentlemen; let us get to work.”

“Mr. Flatt, that isn’t how–” Billiardsman was calling after him, but Flatt stopped listening.  He was too busy playing at a bicuspid with the tip of his tongue.  Alas, there were signs of a chip.

“Watley – ring Ms. Franklin, if you would  I think I’ll keep that appointment after all.”