The first draft of The Amber Ring is completed, and at 98 pages, I find myself with an intended short story that became a novelette that’s now closer to a novella. 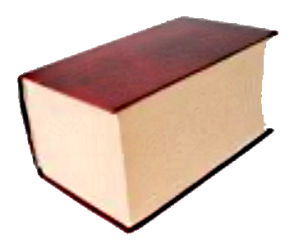 As I work on putting together a presentable second draft for test reading, I thought I would share a short little scene to give a brief glimpse at its protagonist, twelve-year-old Maya Corona.

As Maya half-attentively filled out the answers to her math test, she found her eyes drifting toward the clock above Ms. Patch’s desk, subconsciously counting down the minutes, as she often did, until the tedium of the school day was over.
Her wandering eyes also noticed Braden Thomas, who sat at the desk to her right, surreptitiously sneaking a glance at her paper in regular intervals. She contemplated calling him out, or even writing down the wrong answers on purpose, but then decided to just let him cheat. If he could get through school without bothering to learn anything for himself, he would be one less person to pose any real competition for an eventual job, which people were always saying was hard to get these days.
As she shifted to give him a better view of her exam, she felt something grind against her leg. It was Sofia’s ring; she had left it in her pocket.
Her mind went unwillingly to the previous night. It had been strange to see Cam again. To think of him without Sofia. His charismatic pluck replaced with that crestfallen timidity. Maya wanted to leave the Fairwoods behind her, and had expected them not to not think twice about returning the favor. Her involvement had been limited to the occasional tag-along with her sister, and she had never done anything of importance there. She had been clear on where she stood, though, hadn’t she? Would they leave her alone, now?
“Two minutes,” Ms. Patch droned.
At the edge of her vision Maya saw Braden gripping his pencil tightly, throwing nervous glances her way. Quickly, to his obvious relief, she scribbled down the remaining answers to the test.