I haven’t been talking many details about The Book lately, so I figured I would take this week to share out the current drafts of the prologue and first chapter, one easily digestible scene per day, with a little bit of commentary.  For anyone who wants to follow along and see what this whole thing is about, I’d love to hear your thoughts!

This first section is the opening prologue scene.  I added it later into the process in an attempt to start with more of an attention-grabber.  I’m not sure how well it does the job, though, so I’ve been contemplating scrapping it.  But I’d like to hear some general opinions if anyone has any – would it make you want to read more, or is it too stock and bland? 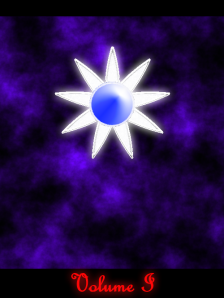 The last day of Salmer Brogan’s life began like many others.

He awoke around dawn and slipped on a tunic and trousers, made use of the chamberpot, knelt before the cross-saltire of the White for his morning prayer, and sat down to a breakfast of oatcakes with Egrid, his wife of twenty-two years.

As the village cobbler, he kept a busy schedule, but he enjoyed the work.  It was a simple, honest trade; there would always be a demand to repair old shoes or make new ones, and the careful design he put into them was enough to sate his thirst for creativity.  The praise his work garnered never failed to bring a smile to his face and validate his sense of worth to the community.

Egrid had given him three children; the youngest did not survive past a year, and the second, who had never been fair of health, died at the age of five.  The eldest, however, was still fit and strong, and had taken up his father’s profession in Aldercourt, evening learning to read – a fact which Salmer was never hesitant to share.  The thought of his son crafting boots and pattens for knights and nobles filled him with a greater pride than his own work ever could.

After his meal, the cobbler stepped into the small workshop adjoining his hovel and gathered up the day’s deliveries, then set out to present them to their recipients.  He picked up a couple of new orders along the way by showing off his handiwork, and made a stop by Old Glenn’s to acquire another bundle of tanned buckskin before returning to his workshop to spend the rest of the day on an elegant pair of sandals for the hayward’s wife.

“How did we fare, today?” his own wife asked as they shared a supper of porridge and beans.  Her once lush locks of rich chestnut had dulled and her face had grown lined with age, but he found the woman with whom he had shared his life no less pleasant to behold than the girl who stood before him on the day they had wed.

“Enough to pay tallage and tithes, and feed the coffers until next time,” Salmer smiled between spoonfuls.

Egrid nodded.  “I spoke with Rose, earlier.  She said that Arman had been asking after his trowel.  Did you remember to return it?”

Salmer thought for a moment.  He had borrowed the tool enough times that its frequent changing of hands had become a blur.  “I didn’t see it on the barrel this morning, so I must have brought it back.  I think he lent it to Karl, last; he might check with him.”

Egrid pointed with her spoon.  “You can tell ‘im that, then; they’ll have us over for supper tomorrow, if you like.”

His stomach rumbled slightly at the notion, even as he worked at filling it.  Though he would not complain of his wife’s cooking, it would be a lie to say that he did not prefer Rose’s.  He would never outright say this, of course, but Egrid likely knew, all the same.  “I would not refuse such generosity.”

A slight grin touched her lips.  “Would you like the last of the porridge, then?”

“Oh, no, dear.”  He laid his hand across his stomach.  “’Twas your hands what wrought it; to you it belongs.”

Egrid scooped the remainder into her husband’s bowl, anyway.  “You need your strength more’n me.”

Salmer chuckled and spooned it down.  “Been a while since I had any strength.”

His wife squinted suddenly and looked to their door.  “Are you sure you returned that trowel?  I think I might’ve—“

As the couple finished their meal, a startling screech and clatter cut through the quiet of the air outside.

They exchanged a look of confusion, and heard a series of loud thumps a moment later.

“Did that sound like a horse to you?” Salmer asked.  Egrid shook her head.

Another piercing screech rang out, followed by a wet tearing which sent a prickle up the cobbler’s backbone.  He furrowed his brow and stood, stepping over to the door and opening it enough to peek out.

“Wait here a minute, Egrid; I want to see what that was.”  Noticing nothing unusual, he opened the door further and stepped outside.  The sun had set and the sky was clear, basking the village in a dim starlight.

Striding away from his home, he wandered into the path between his and the two neighboring hutches and looked around for the source of the noise.  “Is everyone all right?” he called out.  “What was that?”

As if in answer, he heard a loud whooshing above him and caught a shadow passing over.  He ducked instinctively and held his hands up, but saw only the stars when he lifted his gaze.  Rising slowly, he felt his palms clam up and a nervous sweat form upon his brow despite the coolness in the air.  He backed up against a wagon which stood on the other side of the path and gripped it for support, eyes darting about frantically.

A rattling hiss came abaft him.

He whirled around in time to see a silhouette vanish behind one of the shacks across from his.  “Yelsen?  Hane?” he asked the night, voice growing unsteady.  He clutched at his greying beard and made his way tentatively between the two hovels, beginning to wonder why he was the only one to come out and investigate the disturbance.  He and Egrid were surely not the only ones to hear it.

He reached the back of the hutches and placed a hand upon the corner of the one on his left, leaning out just enough to peer apprehensively in both directions, but saw no one.  “What in the Chasm…”

Something wet touched his hand.  He yanked it away like it had been burned, scanning anxiously for the source.  There was something dark dripping down the side of Yelsen’s hutch.  He squinted, vision still adjusting to the light, and a sense of dread welled up within him as he caught a glint of red upon his neighbor’s home.

He turned to run back toward his own.

His words were cut off as something slammed into his back, knocking the wind from him and forcing him to the ground.  He wheezed and struggled furiously, but the weight upon him was too great.  He managed to twist his head up to see his wife, who remained in place, her body trembling and her face pale with horror.  His eyes pleaded with her to go, and when dagger-sharp points dug into his flesh and made him scream, she finally turned and ran.

The thing atop him radiated a warmth which nearly drove away the chill of his terror.  It growled, burning his nostrils with its hot and rancid breath, and he felt its claws slip around his throat and squeeze. He offered a silent prayer that the Ochre Paladin might protect his wife, and that the Ebon Owl grant him an unburdened deliverance from his mortal frame.

As consciousness slipped rapidly away, he found his eyes drawn to a glint of metal on the ground, poking out from behind one of the barrels sitting against his hovel.

It was Arman’s trowel, which he had not, in fact, remembered to return.