Since much of this ‘blog will be concerning my attempt at producing a book, I should probably introduce it in some fashion.

A book, in case the modern audience has forgotten what…whatever this is is.

Why write a novel?  I guess storytelling has always been something really important to me.  I’ve wanted (and still want) to be a lot of things in my life, but a writer has for as long as I can remember been first among them.  And, if you want to do something, sometimes you just have to…well, do it!  Technically, I suppose this is the third book I’ve tried to write.  I started one when I was ten, and another at fifteen, but both fizzled out when I got bogged down with the difficulty of figuring out how to get from one point in the story to the next.  Luckily, I’ve gotten a lot better at plotting in the interim and naturally have much more writing experience this time around, so this one’s getting finished, dangit!

So, what’s this thing about?  Well, that’s a good question, comma, myself.  One of the most important questions there is when considering a narrative.  One which I should…really have a better answer to by now.  Let’s try this – the first of a four or five part series, it’s a medieval fantasy (young adult-ish?), following an adolescent dragon as she investigates a strange disturbance to the land originating from the nearby human settlements.  Neh?  As the author of a work, when you have all the low-level details ever present in your mind, it can sometimes be a little tough to weed out the high-level premise and distill it into a good succinct pitch line, so it’s an issue I’ll likely keep returning to.  I’m still trying to find a balance between being too generic and giving too much away.  Maybe I can cheat a bit and ask those of you who have read the beginning how you’d describe it in a sentence if someone asked you what it was about?

When will it be done?  …  All right, maybe I should stop asking myself questions that make me look bad.

I’ve been working on it for a little over a year, now.  I have a couple hundred pages at various draft stages, and at least as much to go.  Progress has been slow but fairly steady.  I’m terribly meticulous when writing, hence the sluggishness – I’ve still yet to effectively shake the bad-bad-bad writer habit of mentally editing every sentence several times before I put it down (I’m even doing it now, gah!).  Well, at least I have the major elements outlined, and things seem to be getting smoother as they go, if only slightly.

Anyway, my hope with this thing is to give a window into what all goes into writing that first book as it happens, at least from one quirky space fish’s perspective.  Maybe if you’re looking to write (or currently writing!) one yourself, it’ll help to see someone else going through the trials along with you.  Perhaps you’ll pick up some ideas on what (not) to try, or maybe if you’re having an easier time than I am, you can just follow my struggles as a way to feel better about yourself.  (>^-‘)>

Otherwise, well – writing can be kind of lonely!  You spend a lot of time in your own head.  I need to talk about this stuff, to share the enthusiasm, but I’m not sure there’s anyone I can do that with in person.  So, Internet, you will be my sounding board, willing and responsive or not!  Come and join me as I take time away from writing to write about writing like a super responsible person. 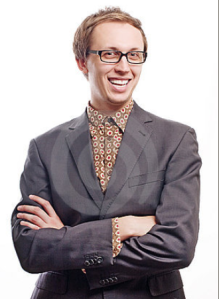 6 responses to “The Book”